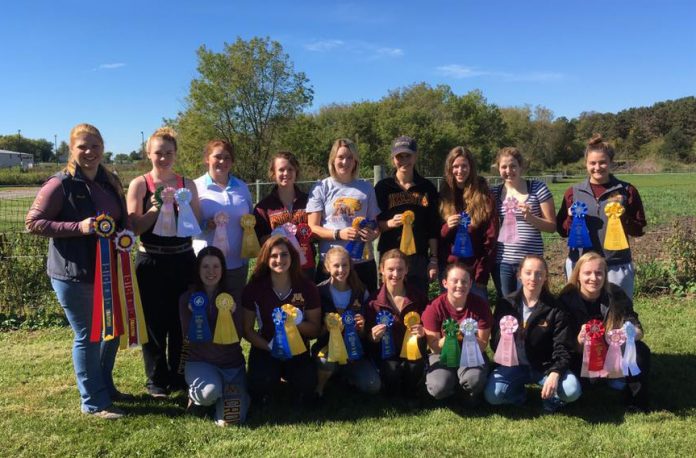 “We were honored to have the chance to compete against such a talented team as Oklahoma State is,” said Head Coach Kayla Krueger. “We wish we could have done a few things better but it was a pleasure to get the opportunity to go up against OSU.”

Saturday, UMC bounced back and had a fantastic day of competition despite narrowly falling to South Dakota State University, 8-7. The showing was the best Minnesota Crookston has had against a Division I program.

In the Horsemanship division, Madelina Drayna (Fr., Milaca, Minn.) won her point with a score of 72.5-72. Drayna was awarded Most Outstanding Player as chosen by the judge, only one award is given per class from either team. Katelynn Robertson (So., Roseau, Minn.) took her point 70.5-69.5 in Horsemanship, while Cathy Ackroyd (Sr., Spirit Lake, Iowa) also won her point 68.5-66 in Horsemanship.

In the Reining, Hannah Van Dyke (Sr., Edgerton, Minn.) won 66-65.5 just narrowly beating out her South Dakota State foe. Drayna earned a tie in the reining with her Jackrabbit opponent, with each player scoring 66.5

“Our competition against SDSU was by far one of the most successful NCEA competitions this team has had in my four years of coaching,” Krueger said. “This meet served as a significant confidence boost going into the IHSA Regional Championships for both Western and Hunt Seat the next two weeks. I have no doubt that each rider will be bringing her ‘A’ game.” 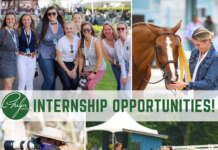 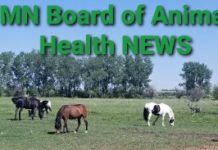 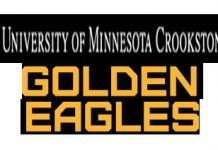