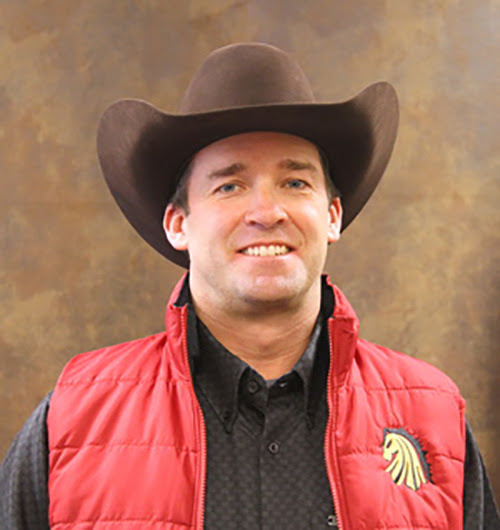 Bell, of Pilot Point, Texas, first became an NRHA Million Dollar Rider in 2013 following the NRHA Futurity, where he qualified two horses back to the Level 4 Open finals. “I first got started around the time Bill Horn became NRHA’s first Million Dollar Rider, and that made me want to have that success, too,” Bell shared. “The first million was the hardest. I’ve learned so much since then and can do a better job now.”

That knowledge made it possible for Bell to earn his second million in less than eight years. In 2020, he won his biggest check to date when he piloted Gunnabebigtime (Gunnatrashya x Big Time Jazzy) to the NRHA Futurity Open Level 4 Reserve Championship for $113,033.

With Turn Down For What (Einsteins Revolution x My Way Marla), Bell finished fourth at the 2015 NRHA Futurity. The pair then finished as the National Reining Breeders Classic Level 4 Open Reserve Champions in 2017.

Recent performances with standout athletes including Mr Royal Hollywood, Cee Mr Stop, Mr Hollywood Cee, Mr Boaz, and Ruf Steppin have all helped propel Bell’s lifetime earnings upwards. “Most of the credit has to go to the good horses I’ve gotten to ride; the ones that want to do the job for you,” he said. “I also thank the owners who have had faith in me and have given me nice horses to ride.”

Bell started his reining career at 18 years old. He moved into the professional ranks in 1995 and quickly made his mark there as well winning several major event titles. He has successfully competed at the highest levels of reining competition, including USET Reining Championship finals, the NRHA Futurity, NRHA Derby, NRBC, All American Quarter Horse Congress and AQHA World Show.

Bell noted his father, George Bell, has been a major part of his career, beginning with youth horses and continuing to support him with good horses over the years. “My dad used to sit out on the track on a stump to watch. He did that so long that the stump finally rotted and we had to put a new one out there,” Bell recalled.

Bell and his wife Naike own and train out of their facility in Pilot Point, Texas. For more information, visit BrianBellPerformanceHorses.com.


The National Reining Horse Association is a nonprofit organization dedicated to promoting and enhancing the sport of reining through a core mission: “Respect the Horse. Respect the Sport.” Founded in 1966, NRHA now has nearly 15,000 members and sets the standards for reining worldwide. Reining is an international sport and continues to grow year after year by offering opportunities for horse enthusiasts of all ages.

Pancake, the Fight to Save the Herd Goes to the Next Level