Crete, IL (November 5, 2019) –  It didn’t take long for spectators, judges or the Triple Crown®  selection committee to notice the delicately-sculpted dapple bay hunter going so well in a simple D-ring for rider Alexis Starer Doughty. One More Round, also known as Rudy, gave everyone plenty of reason to celebrate at the Arabian Horse Association (AHA) Sport Horse Nationals in Illinois in September, taking his fourth consecutive HA/AA Working Hunter AAOTR Championship and a Triple Crown Excellence Award back home to Bayview Farm in Cape Charles, Virginia.
“We were so grateful to be at Sport Horse Nationals. No matter how good or bad your day, just being there is living someone else’s dream,” said Doughty.
In the show ring, the 15.2 hand, 15-year-old Anglo Arabian gelding and Doughty, who first gained the attention of the Sport Horse Nationals world in 2010 as its inaugural recipient of an IASA Hi-Point Amateur Award, make excellence look easy, but behind that smooth working hunter image are great training and an even greater story.
“He was the first horse I ever bred and trained myself,” the amateur rider said. She took Rudy to his first Sport Horse Nationals as a four-year-old and for the past decade, they have been competing consistently in the 3-foot divisions.
“He goes like a classic Thoroughbred and just gets better with age,” Doughty added. “We show on Arabian and US Hunter Jumper circuits. At the larger hunter shows, riders tell me how Rudy’s the only horse who looks and gets better the longer the show runs!”
These Triple Crown Excellence Award winners still have a busy year ahead, including holding their lead on the USHJA Small Hunters national rankings and “getting a golden ticket to ride in Palm Beach.” But don’t expect them to stay there all winter. Family is important to this Virginia horsewoman, who named her horse in memory of her grandfather.
“His name was Rudy, and he’d have loved the thought of having ‘one last round’ in his memory,” she explained.
The Triple Crown Excellence Award is presented to a horse-and-rider team who best demonstrate exemplary achievement within their equestrian community, as well as exceptional health and fitness. The award includes a keepsake tricolor ribbon, commemorative engraved silver tray, and coupon for a bag of Triple Crown horse feed.
As the official feed sponsor of the U.S. Equestrian Federation, Triple Crown® Nutrition continues to recognize and support equestrians like Doughty, who are passionate about their horses’ health, wellbeing and levels of excellence. The renowned feed company was the first to add prebiotics, probiotics, and organic minerals to horse feed and continues to deliver the very best in equine nutrition. To learn more about Triple Crown feed, please visit the company’s official Facebook page or Instagram @TripleCrownFeed, call (800-451-9916), or visit www.TripleCrownFeed.com. 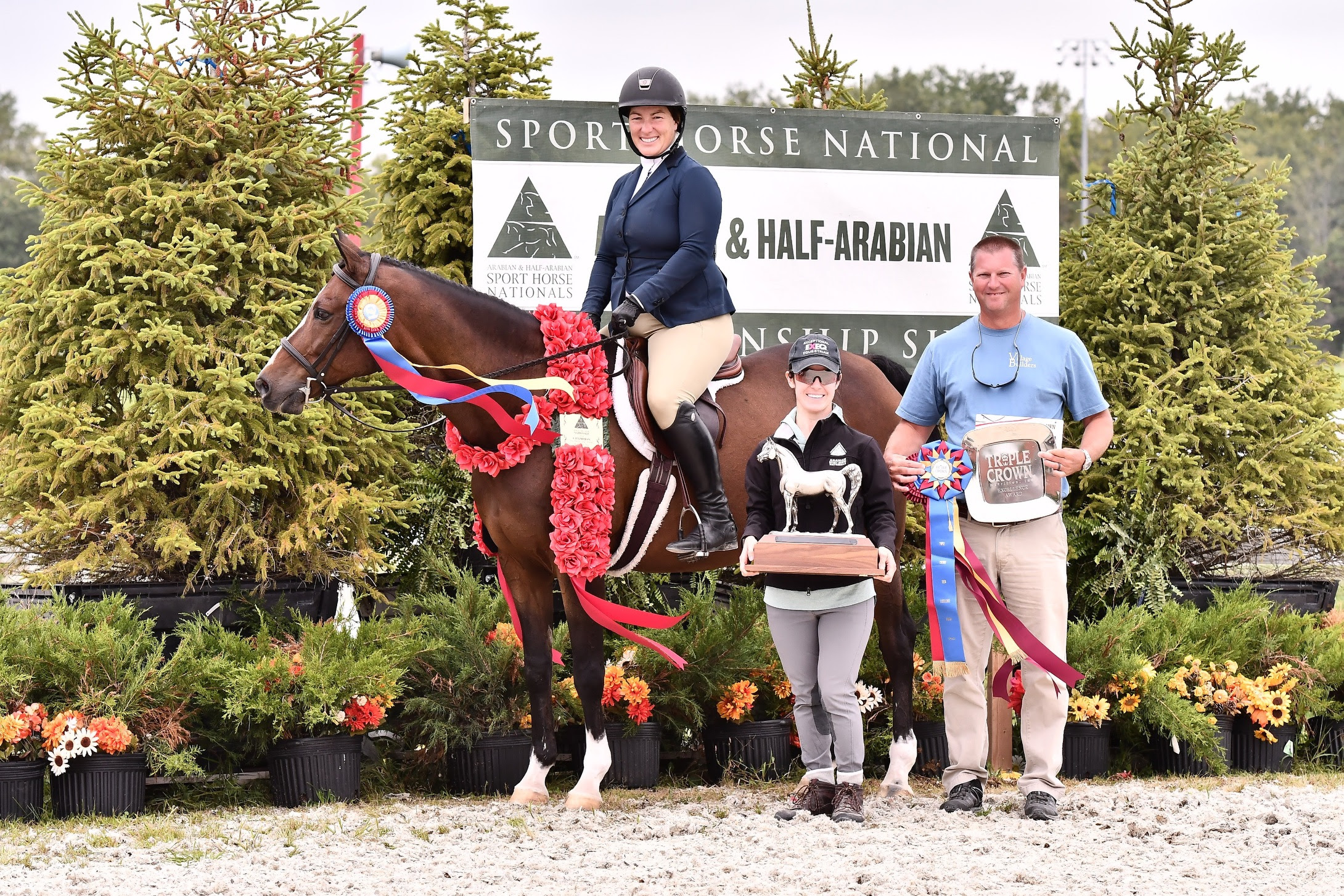