Hope already has wins under her belt for the 2016 season with her two mounts, Total Touch and Vision EH, including a third place finish in the Amateur Owner Jumpers at the historic Devon Horse Show in May.  Hope won the $25,000 David Q Wright Memorial Grand Prix in St. Louis on Vision EH and took second in the same prix on her Total Touch in December. Returning to St. Louis in January, Hope again took top spots, placing second and third in the Lake St. Louis Grand Prix on Total Touch and Vision EH respectively. She went on to the Omaha International, where she took fourth in the $15,000 High Junior Amateur 1.40m Classic on Total Touch. Hope, 24, lives in Cleveland, Ohio, since graduating from Lafayette College with a degree in Education, and now teaches kindergarten for Teach for America. As a junior rider, Hope had multiple rides in the junior hunters, jumpers and equitation and took regular lessons with Carney on each horse. She earned a USET Gold Medal, was champion in the junior hunters at the Washington International Horse Show and the Pennsylvania National Horse Show and won jumper classes at Spruce Meadows during her junior career.  Hope explained that all that experience, is what she falls back on today.

The horses stay with Carney in Antioch, Illinois, where the program is strategically planned so the horses peak at exactly the right time for Hope. Carney chooses the riders and the exercises that keep Hope’s horses ready to win.

“I’ve been chef d’equipe for the horses Kathleen Hope owns for her daughter since she was in the short stirrup division,” said Carney. “The plan has been to prepare a rider for the top tier of competition.  I trust Caitie knows the program and her horses, so I keep the horses ready for her to do the job.”

Hope works out at Pure Barre to stay fit to ride. The workout emphasizes core strength and balance, which helps her when she gets back in the tack. She doesn’t ride while she’s in Cleveland but will be riding more now that classes are out for the summer.

Her horse, Total Touch, is 16-years-old and has been Hope’s ride for the past eight years. She has ridden Total in the USET Finals and at Spruce Meadows as well as numerous Welcome Stakes, Show Jumping Hall of Fames and Grand Prixs.

“He loves a big show and a crowd and he always tries hard,” said Hope. “He’s a really kind horse and he also loves Diane’s (Carney) dog Wall-e.  They are best friends and traveling companions.” 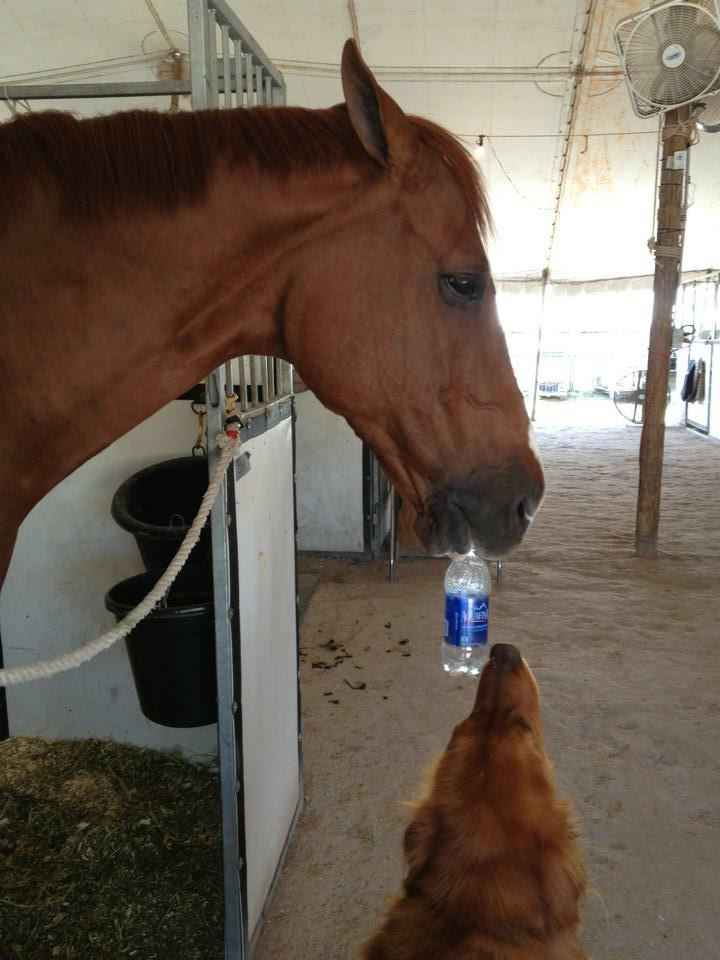